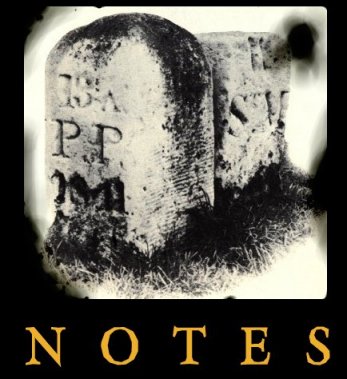 Page 1 - This whole soliloquy, of course, is from Shakespeare's Hamlet. Act III, scene i, to be exact. Why is our hero reciting this particular passage? Well, Pete's not much of a reader, but he has learned most of this passage by ear and by heart. As to who taught him the soliloquy in the first place - that'll be revealed another day.

Page 5 - That's the dome of old St. Paul's Cathedral there in the background. According to my maps, we're diving into the Cheapside district of Victorian London here, looking roughly west-southwest towards the Thames. Cheapside was medieval London's shopping district, and was/is located near the center of london's old publishing & bookselling district. See, and you thought that the Victorian-era East End was a cesspool, right? Well, okay, so it was, but it at least had something of an interesting and vibrant history, once upon a time.

Page 6 - There's a few posters and handbills advertising some of P.T. Barnum's earlier attractions up on that left-hand brick wall, such as Joice Heith, the Fiji Mermaid, and General Tom Thumb. This story begins in 1841, which was a juuust bit before Tom Thumb's time - but considering that this webcomic will also eventually showcase flying adolescents and fairies,i don't have much of a problem fudging small historical details just for shits and giggles. Also up there is Jenny Lind, who was the early-19th century's singing equivalent of Britney Spears. Hans Christian Andersen was completely infactuated with the poor girl, and doted on her all the time. She was his "ugly duckling". Hooboy.
Also of note are the two figures in the extreme forground on the right sight of the page - they're roughly-hewn versions of Griffen and Molly, the two stars of Jenn Manley Lee's Dicebox.

Page 7 - Keep an eye on that guy (and his buddy in the alley). I'm not done with him yet. Not by a longshot.

Page 12 - These two busted-up statues - Athena on the left and the Virgin Mary (with cruciform sword!) on the right - represent the two spheres of theological thought that will clash and drive much of Pan's story much, much later on.

Page 13 - The ribbon-like design on the gravestone on the right is a homage to Carla Speed McNeil's comic, Finder. (For those in the know, that ribbon design is the same as on the book Jaeger gives Marcie at the beginning of Talisman.)
I believe that the design on the other cross is an homage to something else as well, but now i've forgotten exactly what it was. perhaps i just had pretzels on my mind that day. Yes. That's it. That gravestone is an homage to pretzels who have died in combat. In the war against hunger. Uh-huh.

Page 16 - There's our hero. That's not a "real" sword, by the way. It's a theatrical prop that was given to him by an old pal. The sword he's unsheathing now is so dull and ridiculous-looking that the only thing that it's good for is shooing away rats and frightening little old ladies. Or for entertaining friends...

Page 18 - As stated before, this is 1841, so i'm aware that the use of the word "suck" in reference to the qualitative merits (or lack thereof) of Pete's soliloquy is almost definitely something of an anachronism - but we're talking about the Lost Boys here fer chrissakes, and as you'll eventually see, they've concocted entire dialects and wonky speech-patterns that would otherwise drive citizens of 19th-centrury London bonkers.